I finally have 7AK home, been a long month process. Cubcrafters have stood tall on every issue I had and then some. First they sent a ferry pilot to Tacoma KTIW to pick her up and fly her back to the factory.

We discussed the problems thoroughly by phone and emails, Between Earl and Stan they tested and fixed the issues.


2. Bungee issues: The wheels were splaying put and I was getting a lot swaying on landing.
So they replaced the top bungees with heavier duty bungees

3. Rear seat, left side not catching and moving around (instructor&#039;s seat)
Added a strap on left side to keep the seat locked down.

4. Put the large fuselage numbers on

5. Did the solenoid change order

6. They discovered the flaps were drooping and re-adjusted.

That&#039;s about it, most sound simple and they were but required some testing to determine how to correct the carb and the bungees issues.

Cubcrafters further covered the expenses of Brian flying her home to Tacoma. The flight to tacoma from yakima is only an hour and 15 minutes depending on wind but you have to cross a major mountain range.

I spent 3 days in Yakima last week flying with Brian and visiting the factory each day for one reason or another and without a doubt the employees are very courteous and helpful making you feel very much part of the CC family! Missed seeing Clay and especially Angie as they were in Florida for the sun n fun show. 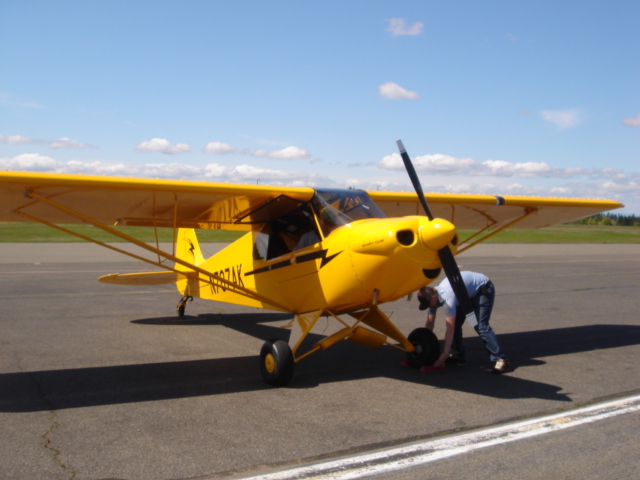 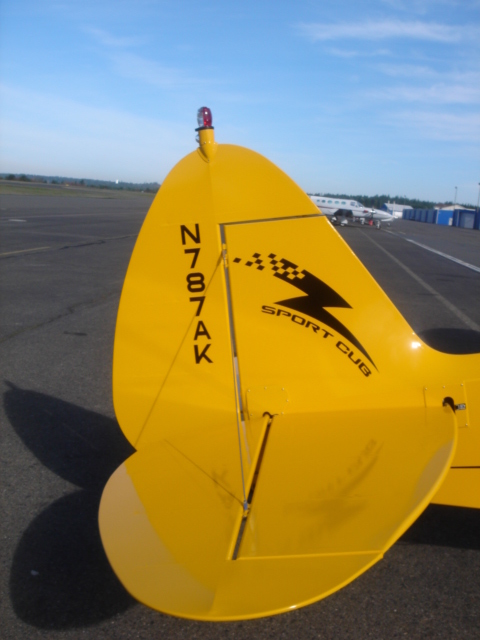