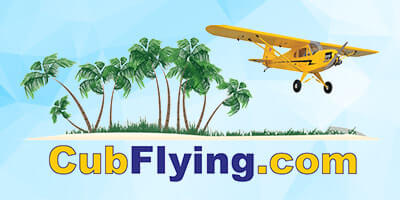 I am a new member to the forum.
I live in the UK and belong to a group that own and regularly fly a 1942 L4 with a 65hp Continental engine.
The aircraft is in US Army Normandy Invasion markings,and is in very good condition.
We have the aircraft currently insured for Â£18,000 and at our recent annual meeting I suggested that this was too low a value.
I have now been given the task of researching current values,but there are not very many of these L4&#039;s in the UK.
What would be the approximate US value of this aircraft?
Please note that this aircraft is not for sale.
Thank you .
Lister

Undoubtedly you will get numerous opinions on this...

Due to the perception of being an affordable "warbird", in the US restored L4&#039;s seem to command an up to $10,000 premium in price over a similar condition J3. As with anything, price depends on condition. Just restored J3&#039;s (premium condition) have been getting up to $45,000.

I was under the impresstion that a large majority of the "J3&#039;s" in the UK / Europe were actually L4&#039;s that eventually passed into civillian usage?

Thank you for that.
I should add our L4 has a documented military history and was in active service in Europe during WW2.
Lister
L

I would have been suprised if you didn&#039;t have a documented military history of active service.

We sold a J3 in early spring 2008 for $41,000.00. When researching prices to settle on an asking price for our J3 I saw several L4 s for sale with asking prices ranging from $55,000 to $78,000. I don&#039;t know if these aircraft sold for these prices, but that is what they were asking last winter.
Since then, the prices have moderated some with the slow economy but I believe will come roaring back when the economy improves.
I don&#039;t know what the hull value does to the price of your insurance, but if you want to insure for enough money to replace the aircraft perhaps checking some back copies of trade-a-plane might give you a feel for the value.

There are several things to consider when you establish a hull value. First, if the airplane were substantially damaged, where you would really have to start all over with a frame up restoration- would you want to do that or would you rather take the money and run? Only you can decide that. The idea here is- at what point will the insurance company total the airplane? I&#039;ve seen beautiful Cubs that have flipped over and crunched the tail get totalled and sold for $3,000 by the underwriter. That&#039;s more likely to happen if you have a minimum value on the hull, and it&#039;s mostly up to the company.

However, if you overinsure the hull, and it gets mashed up pretty badly, the underwriter can refuse to pay the total value and insist that it can be repaired for less money. Then you&#039;re looking at the time and expense of doing the job, only to end up with an airplane with a history of substantial damage, which of course can make the resale value a lot less.

On the other hand, it&#039;s getting pretty difficult to find L-4s that don&#039;t have some damage history over the last 60 or 70 years. So the market for them is less likely to cut the value because of a couple of rebuilds. It all comes down to what you want out of the airplane. If you really want to keep it, like I do with mine, then you want the insurer to pay for the repair, not cut their losses and hand you a check. You need to discuss this with the insurer and see what they are willing to do for you.
P

A Documented combat history adds substatially to the overall value of a military aircraft. The reason this is true is because it&#039;s so rare to have it. Normally, all you can find is the data card, which is established for all military aircraft. That only gives you a minimum of information, such as the date it was manufactured, the date it was accepted by the military authorities, to which command it was originally assigned such as Army Ground Forces, Army Materiel Command, etc., and the date it was removed from the inventory.

For that reason, most military aircraft that you see, whether it&#039;s a B-17 or an L-4, are "Painted up" as another airplane that the owner saw in a photo, because the available information on the actual airplane has no details such as the units to which it was assigned the pilot(s) who flew it or markings.

To have an airplane where the unit, markings and history are known and can be proven is very rare. That commands an even higher value these days. But you&#039;ll have a hard time convincing your insurance company of that...